Please enjoy the photos along with the designs and the stories behind them. 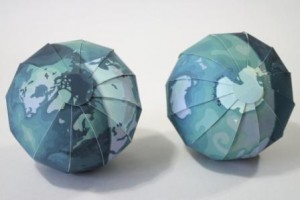 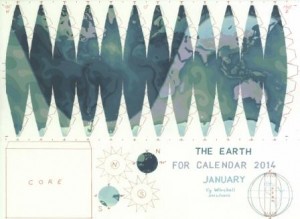 I came to appreciate deeply the meaning of ‘trial and error’ in this, my first attempt at creating a curved solid. As this design is intended for January, the earth’s night/day boundary is set for January 15th, 4:00 hours Universal Standard Time. Getting this boundary to be straight in the finished solid was a challenge, as was obtaining an overall spherical appearance. 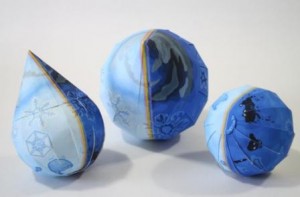 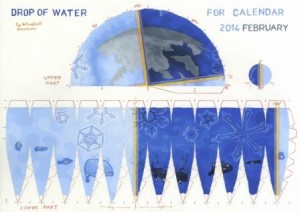 Much of what I learned in creating a sphere was applied to this drop of water. The three states of water: clouds, rain and snow are portrayed. A favourite motif of mine is the rainbow, a symbol of God’s covenant never to deluge the earth again. Its colours are reflected in the drops of rain and on the snowflakes. 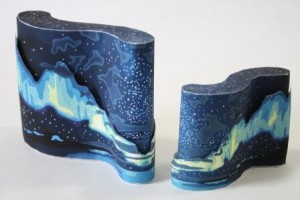 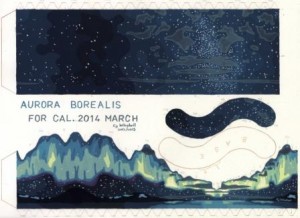 After seeing a friend’s photos of aurorae, I just had to attempt a wavy solid. Adjusting this design almost drove me up the wall. It is the most challenging to assemble, too. I hope you can enjoy the interplay of light in the sky and on the sea. I want to see an aurora myself some night. In the Northern hemisphere March is  a good month for viewing them. 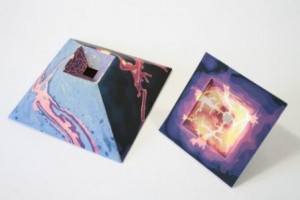 In expressing fire I turned to the volcano. The shape is fittingly called a pyramid (‘pyra’ means ‘fire’). It is a relatively easy shape to assemble, just as long as one matches the edges correctly. The only tricky part is the caldera or crater where convex folding suddenly becomes concave folding as one approaches the centre. My favourite view is underneath, where the warm colours of the magma glow. 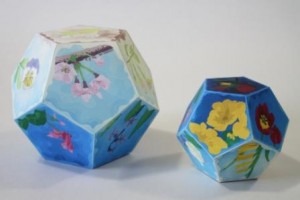 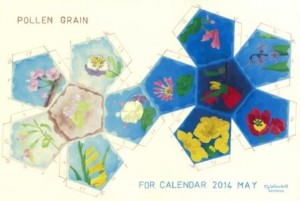 To portray plants through the seasons I chose twelve, each flowering in a different month. The dodecahedron represents a generalised pollen grain – apologies if you suffer from hay fever. As the first solid I designed, it became the pilot that led to the whole project. Given that I studied them at university, my choice of plants as my starting point is understandable. 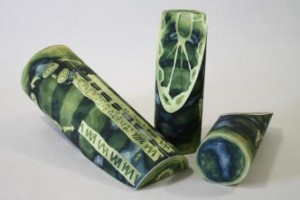 Small creatures are the LORD’s — inspired by Psalm 104:25 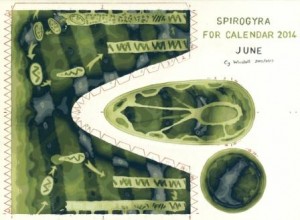 The choice of pondweed or Spirogyra to represent small creatures probably seems a bit far-fetched. Its life-cycle is lovingly portrayed on the outer cell wall. An oblique section allows a good look inside. The assembly is easier than it looks; the design is surprisingly well-behaved. Most people in Japan say it looks like bamboo, owing to the similarities of colour, proportion and general feel. 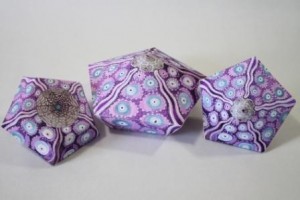 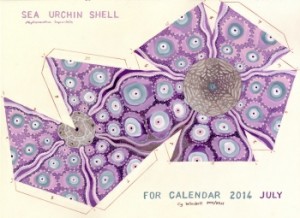 In my search for sea creatures, I came across this delightful sea urchin, Phyllocanthus imperius. This solid is a portrayal of the animal’s shell. In life the creature is covered with pencil-like projections which discourage would-be predators. The solid is relatively easy to assemble, just as long as one finds the right places to score and fold. 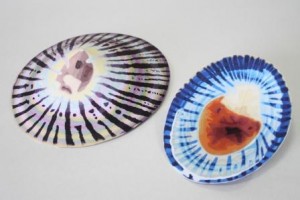 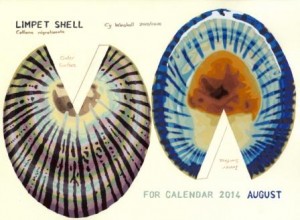 Next I came across a gorgeous limpet, known to scientists as Cellana nigrolineata. As a colour addict, I found its shell’s iridescence irresistible. The mathematics behind this simple-looking design kept me busy for a long time, but happily its assembly is not so difficult. The apex of the inner surface is a few millimetres below the apex of the outer surface, giving a feel of thickness as in the actual shell. 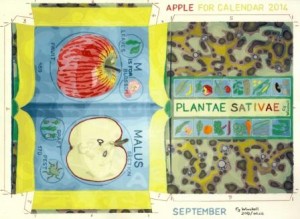 I tried and failed to make a satisfactory apple. In the end I settled for its flat portrayal in a book – “Plantae Sativae” or “Edible Plants”. Perhaps the cover looks too much like mould, another of my subjects of study at university. One more drawback is that the book cannot be closed. Points in its favour – it is easy to assemble and the edges of the book offer a ‘trompe l’oeil’. 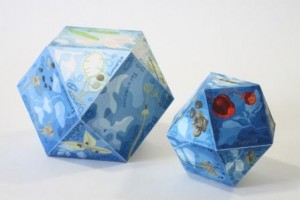 Seeds are the LORD’s — inspired by Genesis 1:12 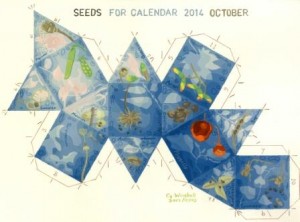 The 14-sided solid is not a natural seed shape, but it allows me to portray the seeds of fourteen plants in full colour, along with the flowers and leaves in silhouette. The fourteen kinds of seeds are represented along the edges of each panel in ‘Studio Ghibli’ style – the inspiration of Mr Miyazaki. 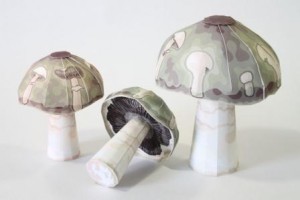 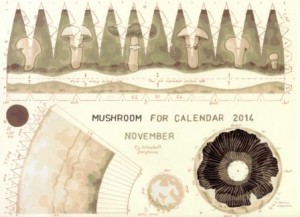 I had a lot of fun capturing the feel of Agaricus campestris or the field mushroom. The most detail is found in the gills under the cap. The cap’s outer surface is decorated with the stages of the mushroom’s growth. When assembled (not so easy, I’m afraid) every visible surface is coloured, right down to the base of the stipe or stem. 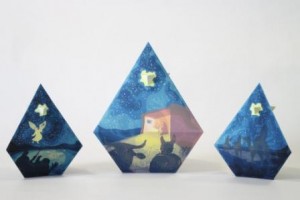 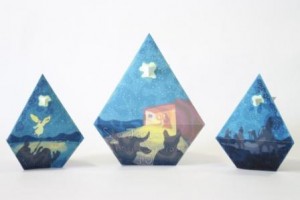 In expressing the idea that people, too, belong to God, I turned to the Nativity, to three scenes from the time of Jesus’ birth: the shepherds seeing the angels, the wise men following the star, and the new-born Jesus in the humble surroundings of a stable with animals looking on. Above these scenes is a tetrahedral star that has to be delicately included at the right point in the assembly process. I made two versions: one in Japanese and one in English.